How to cook steak: A guide to rare rumps and sizzling sirloins

It’s the ultimate Friday night luxury – a juicy steak, prepared to perfection and served with a glass of rich red. This melt-in-the-mouth scene takes some sculpting – for starters, it’s important to know how to cook the steak right.

From selecting the perfect cuts of steak to experimenting with steak marinade and perfecting the method, cooking steak can seem like a complex task. Fortunately, we’ve prepared a guide to show you how to achieve tenderness and flavour without the fuss.

Selecting a cut of beef

First thing’s first: selecting your cut matters. Quality beef is easier to sear to perfection – and the type of steak you choose will affect the resulting taste and tenderness.

Rib eye steak, unsurprisingly, is taken from the rib area of a cow – anywhere from the sixth to the twelfth rib. It’s marbled with an ‘eye’ of fat and has the thickness to lock in flavour for a juicy centre and crisp-brown exterior. During cooking, the fat within the steak melts from the inside which produces an enhanced, buttery flavour.

How to cook ribeye steak

The best way to cook ribeye steak depends on how the cut was sourced – the chuck end has higher fat content than the loin end, so chuck is suited to pan frying.

To give the fat enough time to flourish, it’s a good idea to cook it to at least medium-rare. No matter how you choose to cook your ribeye, you’ll be pleasantly surprised by how tender this cut stays.

Different to a ribeye, sirloin steak has less fat content and also tends to be cut thinner for a simple, lean meat that tastes great with chips. Sirloin comes from the back portion and refers to different cuts of steak including a T-bone which has a big bone running through the centre. T-bone steaks are preferred in American-style diners, while flank steak is a delicate option which is popular in French and South American cuisine.

How to cook sirloin steak

Top sirloin steaks are suited to grilling or pan frying. Since this cut tends to be thinner, it may require less time on the heat.

Rump steaks are taken from the rear portion and therefore has different characteristics to other cuts. A rump can have differing degrees of tenderness as it’s lean with very little fat and is from a section containing a number of muscles

How to cook rump steak

Due to its characteristics, rump steak is often tenderised with a mallet before cooking, or after cooking by resting for at least 10 minutes then slicing against the grain. The best way to cook rump is usually by searing in a hot pan and then finishing the cooking process in the oven or complete the whole process in the pan.

The most tender cuts come from lesser-used muscles. Fillet steak is taken from the opposite of the ribs from the sirloin – to the back of the ribcage and is therefore very tender. However, fat content gives steak its rich flavour, so this means beef fillet is often softer than other cuts, but possibly not as flavoursome.

How to cook fillet steak

Fillet steak is lean and tender, so it suits grill cooking – but can also be pan-fried or griddled. During the process, you may need to add flavours such as garlic and rosemary and also baste the steak with a generous helping of butter to ensure the fillet packs a punch.

Some cuts of steak are easier to cook than others. Ribeye and top sirloin steaks are better suited to grilling, while flank steak can be roasted or sautéed. 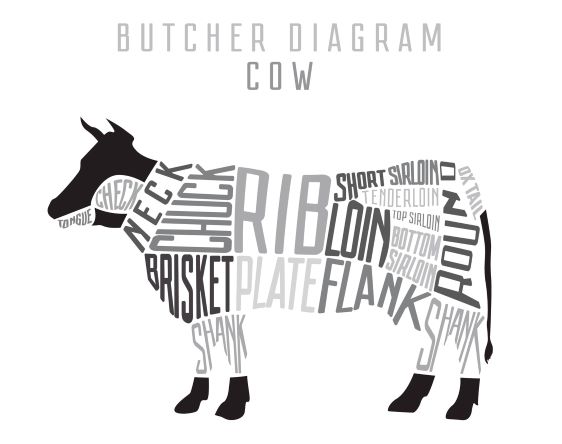 How long does it take to cook steak?

The time you’ll need to cook steak for depends on the method you choose, as well as the cut and thickness of the meat.

Observing the colour, checking temperature and performing a touch test can let you know when steak reaches each stage. Here is a rough guide to the timings for pan-seared steak:

How to cook steak in the oven

Oven cooking carves out useful time to bring your steak to room temperature – an important step. Preheat the oven, leave your steak out for 30 minutes, then season generously and brown one side, plus the edges, in a pan.

Flip, then transfer to the oven and cook for about ten minutes, depending on portion size and desired finish. Using foil can help to retain more moisture.

Grilled steak tends to taste leaner and crisper, so it’s a great option if you prefer a well-done finish. To grill steak, place a frying pan under the grill as it heats.

Season the steak, then use the pan to sear each edge for less than a minute. Place the pan beneath the grill once again, turning the steak once cooked to the desired level.

How to cook the perfect steak: Tips, tricks and seasoning ideas

With the mechanics of cooking perfected, it’s time to explore the more flavourful steak recipes. Experimenting with steak sauce, steak marinade or seasoning can open a world of peppered, buttery and rich possibilities.

Seasoning a steak before cooking makes a big difference to the taste. Choose freshly ground salt and pepper for the best absorption. Paprika, garlic, rosemary, thyme and oregano can also be used in harmonious combinations.

Paprika and garlic give steak a smoky bite, while rosemary and thyme bring together the tastes of tradition.

Another popular way to dress steak is with butter or cream-based sauces. Think mouth-watering mushroom sauce for steak or satisfyingly spicy peppercorn sauce. Or, enhance steak with its own juices by trying out Steak Diane.

If you decide to marinate, allow the steak to soak up the flavours for no more than eight hours before cooking. 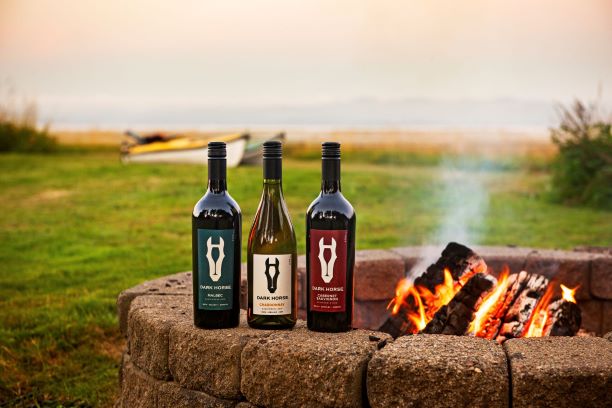 The flavour of steak can also be enhanced by what’s on your table – namely the quality Dijon mustard you’ve positioned at centre stage and the glass of red wine you’ve perfectly selected.

We recommend a Dark Horse Merlot for rich ribeye steak dishes, since it’s jammy enough to contend with the full force of flavour, with a sophistication that earns it its place at the dinner party. As a rule, the higher the fat content in your chosen cut, the more robust its accompanying wine should be.

Of course, although bold, full bodied reds are traditionally considered the wine of choice to pair with a steak, why not broaden your horizons with something a little different?

It might initially seem controversial, but a full-bodied, oaky Chardonnay will also pair incredibly well with a rare, or even blue steak. When steak has been cooked for longer, it leaves a char that makes it difficult to balance with a white wine, but if blue is your thing, why not give it a try?

If you’re not ready to veer away from a red with your steak, but want something with softer tannins, opt for our delicious Malbec. This drop will pair perfectly with a lean cut of steak, such as a flank or sirloin.

With the right cooking methods, sensational sauces and a glass of prize wine to make the flavours sing, it’s easier than you might think to get that steakhouse experience at home.